Growing up in northern Minnesota certainly exposes you to lots of Norwegian heritage. Life in my family was no different as my mom came from a solid Norwegian upbringing. One of my favorite parts of family gatherings was getting to have the goodies that the great aunts would bring. Hazel always made amazing donuts, my own grandma made the most amazing divinity (I’ve yet to attempt it), and Theone would bring Kringle (what we called Kringles) and these were probably by far the favorite for us kids. 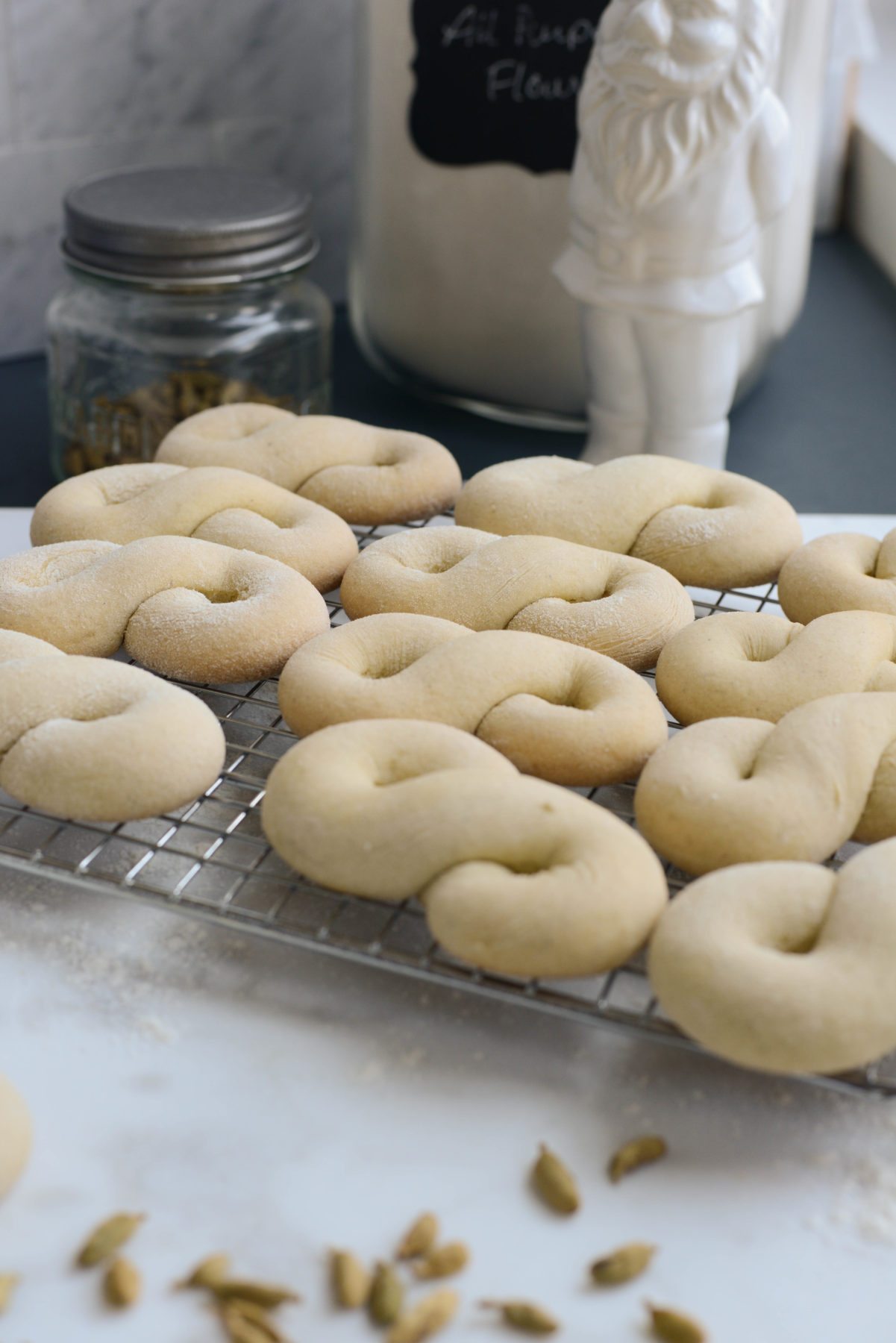 Kringle aren’t an incredibly sweet cookie so you might wonder why it was such a hit amongst the children. But nonetheless they are soft and delicious with a warmth of cardamom. As I mentioned above, for Norwegian-American’s we know this cookie as Kringles, but they are called Kringle back in Norway. The figure eight shape of the cooke is a take on the old norse symbol for infinity and is meant to symbolize Christ’s gift of everlasting life.

In a mixer, add sugar, melted butter, egg, salt, cardamom and the Buttermilk Mixture (that includes the Baking Soda). Mix together well and then add the flour 1/2 cup at a time until the dough becomes stiff (it will still be a little slack). Slightly looser than a sugar cookie dough. Cover with plastic wrap and refrigerate overnight.

The next morning pre-heat the oven to 350 degrees and remove the dough from the refrigerator. On a floured board roll out approximately 1 1/2 tbsp on dough into ropes that are approximately 6-8 inches in length. Dipping your finger in water, lightly wet both ends of the rope and seal together to make a ring. Give the ring one twist to form a figure eight and place on a parchment lined baking sheet, leaving approximately 1/2 inches between each one to allow for the rise while baking (they will double in size). Bake for 20 to 25 minutes or until just starting to brown. Remove and let cook before enjoying.