Last night I made my favorite Homemade Peach Tea recipe, and with that comes some deliciously tea infused peaches just waiting to be used. The perfect option? A spice cake. Taking a spin off of my Pear Spice Cake recipe I whipped up this amazing twist which is just so incredibly good. In fact, we enjoyed the photoshoot so much that we’ll give you a few extra shots of our creation. 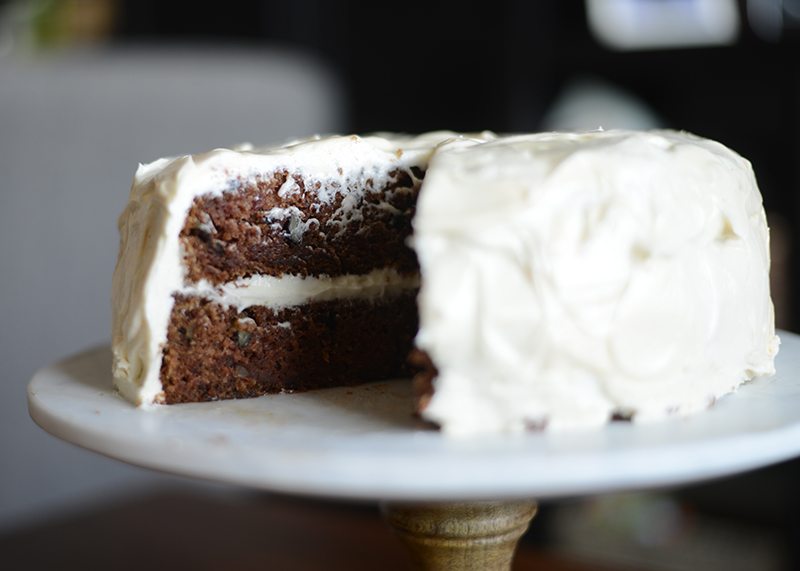 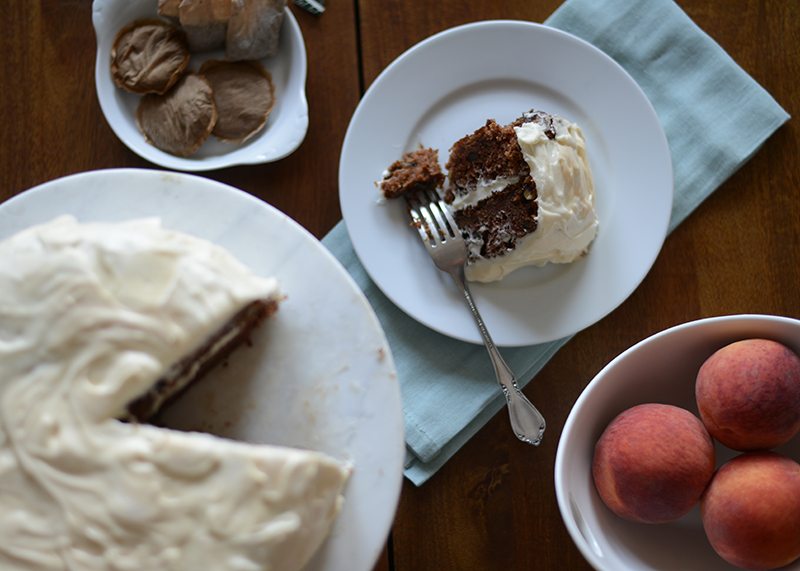 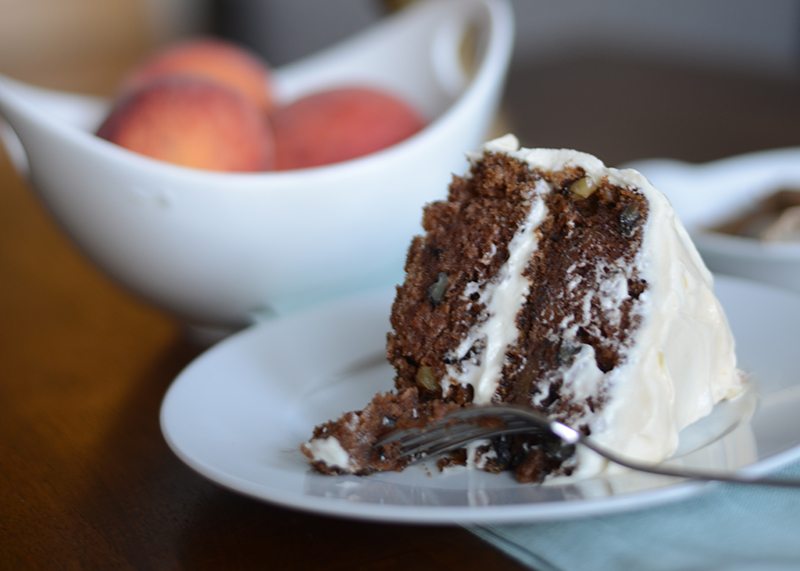 We hope you enjoy this recipe as much as we did – it’s a great go to treat after making that wonderful peach tea.

Preheat the oven to 350 degrees. In a mixer with the beater attachment beat the sugars, oil and vanilla extract at medium until mixed, then add the eggs one at a time.  Continue beating  at high speed for about 5 minutes until nice and fluffy and a bit of a ribbon forms.  Lightly pureé the tea infused peaches. Set aside.

While the sugar is mixing, in another bowl sift together the flour, cinnamon, ground cloves, baking soda and salt.  But the mixer to a low/medium speed and add a third of the flour mixture to the batter, then add the peach pureé until just combined.  Place in a 9×13 pan or two 8” round pans  and bake for 45-60 minutes for the 9×13 and 25-30 minutes for the 8” round pans depending on your oven.

Let the cake completely cool before icing. To make the icing, make sure the butter and cream cheese at room temperature, place in a mixer with the whip attachment and medium speed and combine the two together until completely mixed together. Then add the vanilla and Crumble Spice. Next add the confectioners sugar one cup at a time until combined, then turn the mixer on high and whip for several minutes until super light and fluffy. Then apply to the cake as desired. For a layered cake, sprinkle a layer of the chopped nuts on the frosting in between the two layers for a little extra surprise in the middle.