From reading Pumpernickel&Rye, you may think that I spend all of my days in the kitchen whipping up meals. I so wish that were the case! Unfortunately, like many New Yorkers, life is hectic, busy, and there are many nights when you barely have time to whip up anything worthwhile. Hence this recipe for Fish Tacos, a quick and easy evening dinner that is no fuss, and done in less than 30 minutes.

To speed up prep time, I often will cube up my cucumber and peppers on the weekend. If you want to get super fancy, you can also julienne the cucumber through a mandolin (like I did for the tacos in the picture). Believe me. Both are equally as scrumptious.

You can also make the flour tortillas at home if you’d like. I have a great recipe in my latest book Quick&Easy Breads if you want to give it a whirl. Otherwise, get a good quality store-bought variety, and you’ll be on your way.

Finally, there are many ways in which you can make the sour cream base. I have a house seasoning blend that I whip up called “The Woods” which reminds me of a smoky northern Minnesota campfire with some added kick. But any favorite southwest blend will do. I just recommend something with a solid base of smoked paprika. 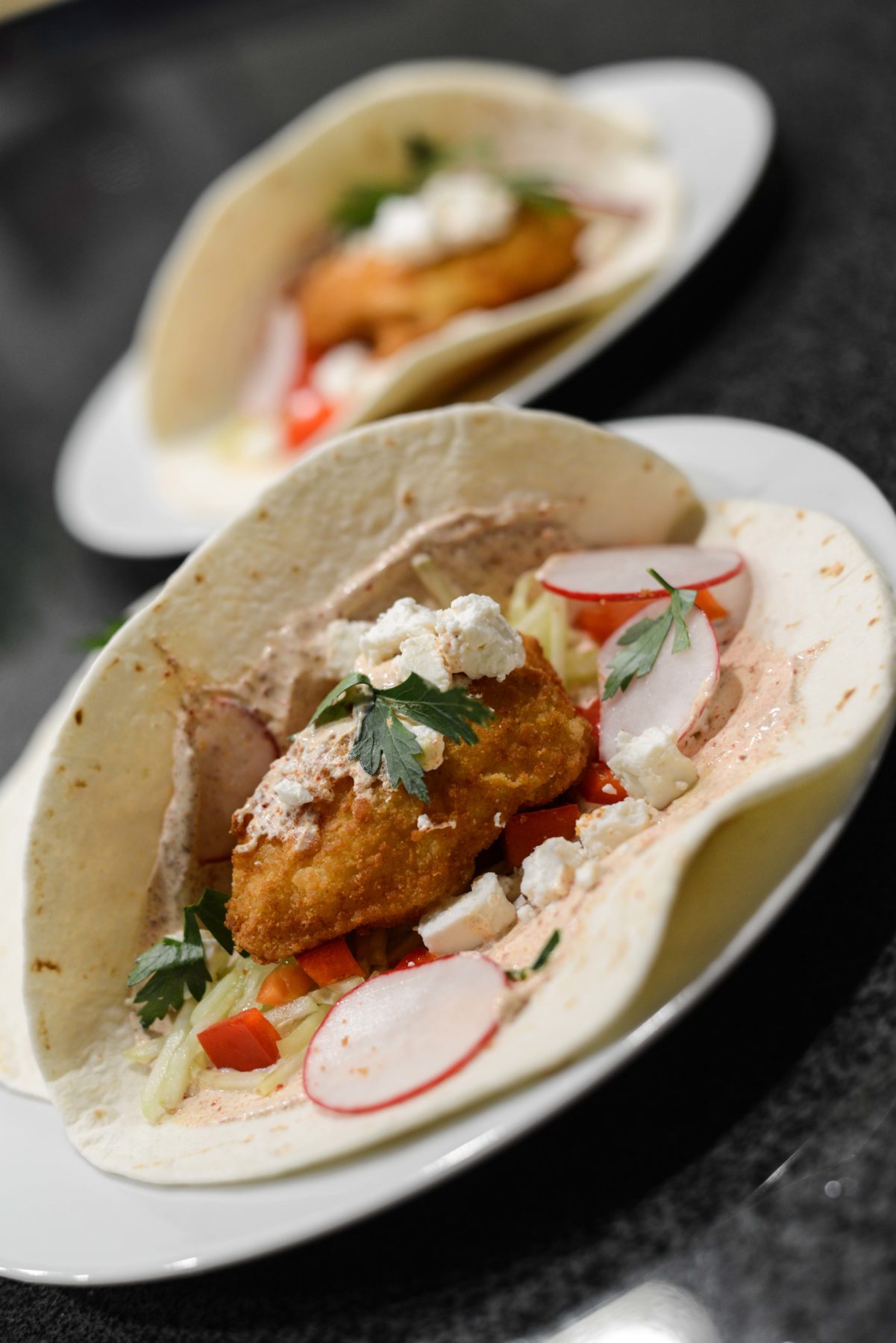 The final trick to make this extra quick and easy. Sure you can get yourself a fresh fillet of cod, cut it into fillets and fry it up in the pan coating it with flour, then egg, then a panko crust. And yes, it will be as good as that sounds. However, when I’m trying to speed things up during the week, I just grab a box of Fish Fillets from the frozen food section at the store. It’s simple, tastes great, and you just toss on a sheet pan, and you have that step done in about 20 minutes.

Now let’s get on with that recipe so you can enjoy these incredible Fish Tacos this week.

Makes four servings of 2 tacos each

Preheat the oven to the package directions for your frozen fish fillets. Prepare the cucumber and peppers. Create the sour cream sauce by mixing the sour cream with the southwest seasoning (you can add more if you want a stronger kick).

Bake your fish fillets according to package instructions. When finished, begin assembly.