This recipe is another heritage recipe that I got from my mom. It’s also featured over on the Vikingland Lodge, Sons of Norway website. The cake is traditionally made in a special pan which is available from Scandinavian Specialty stores (almost in every town in Minnesota) or on Amazon. What I love about this cake is that it is incredibly light and flavorful. Toscakake is traditionally made with almonds, but you can also see a version that I made that uses hazelnuts and blueberries with a toffee topping, whereas in this version the almonds coat the bottom of the pan.

Finally, this recipe is incredibly simple and forgiving. It’s one of those one bowl mix, pour, bake and serve. Doesn’t get any better than that. 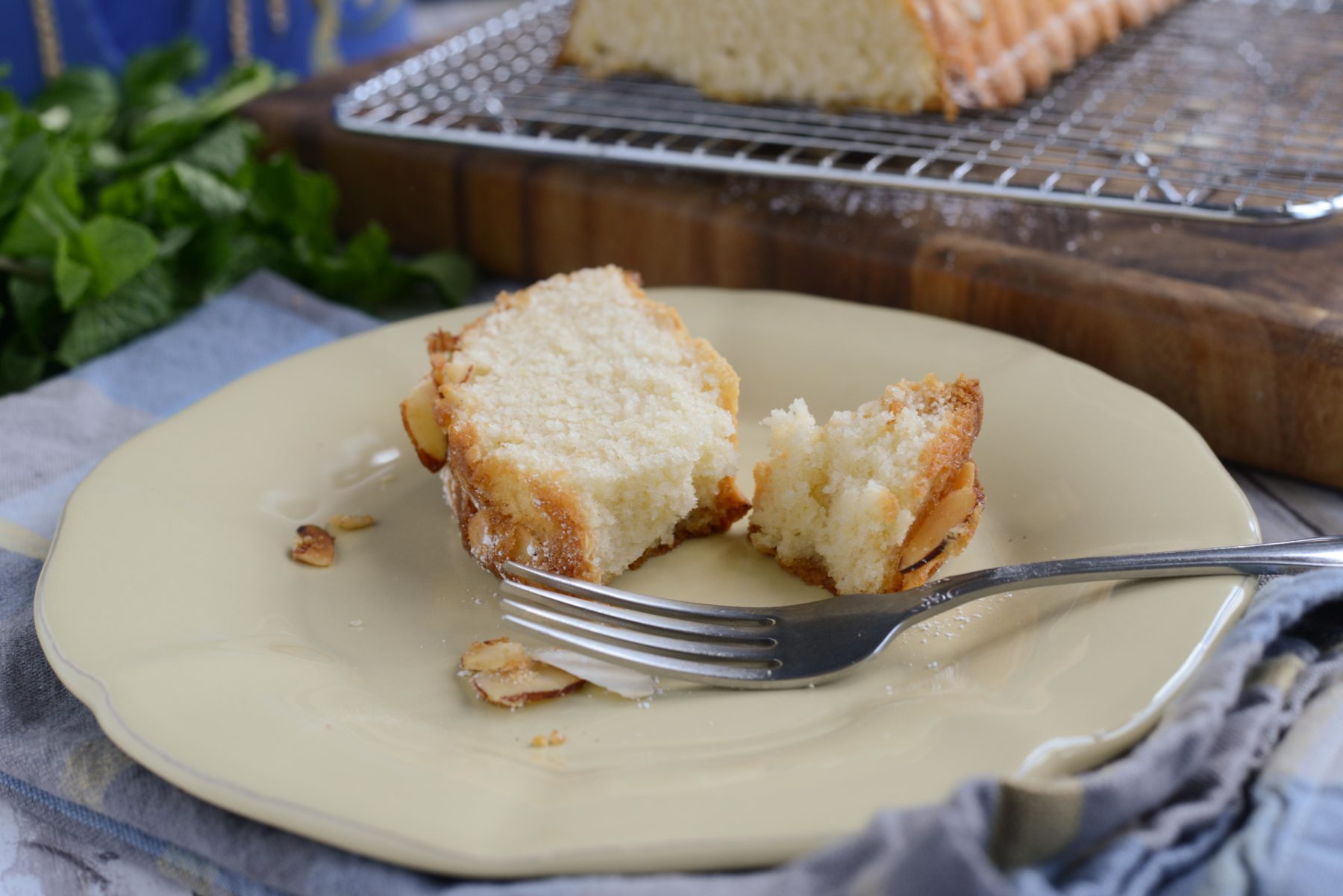 Directions:
Preheat the oven to 350 degrees and spray your almond loaf pan or an 8 inch round pan with nonstick cooking spray. (For an authentic Toscakake look, use the specially designed almond cake pan noted above).  Sprinkle sliced almonds on the bottom of the pan and set aside.

To  make the batter, combine sugar, egg, almond extract and milk and mix thoroughly. Using a mesh strainer, sift flour and baking powder into the bowl and mix until just combined. Then add the melted margarine and stir in completely.

Carefully pour the cake batter over the sliced almonds in your baking pan. Place in the oven and bake for 30-40 minutes, until edges turn golden brown and a tester placed in the middle of the cake comes out clean. Cool cake completely before removing from the pan. To serve, sprinkle with powdered sugar and garnish with additional sliced almonds and a sprig of mint.